Usana Health Scienecs Malaysia is part of a global direct selling company which offers high quality and effective products for its customers. I

t is part of the Usana Health Sciences Inc. company which operates on a multilevel marketing model which operates in 13 other markets that include Australia, New Zealand, Canada, the United Kingdom, the Netherlands, Hong Kong, Japan, Taiwan, Korea, Singapore, Mexico, the Philippines and the United States where it originated from.

Essentially, Usana Health Sciences offer nutritional supplements and personal-care products while they are also consumed by world-class athletes as they are known for their positive effects for the wellness and health of the consumer.

Today, Usana Health Sciences serves millions of customers around the world and its global network is operated through its headquarters in Salt Lake City in Utah. Never before had any health supplements company been able to offer products the way Usana Health Sciences had done in the past which comes with so many years of research as well as tested and proven products using the best known and accepted ingredients.

Founder of this nutritional company 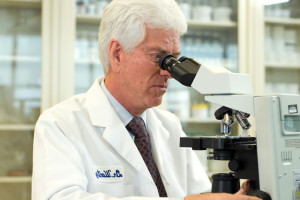 The company was founded by Dr Myron Wentz who is a known microbiologist, immunologist as well as one of the few pioneers of human cell culture technology development.

He brings with him years of medical experience which includes serving as an infectious diseases specialist with a pathology group in Peoria. He would then move into his own operation through Gull Laboratories with much success and in 1992, he started the Usana Health Sciences after selling his controlling stake in Gull Laboratories.

Since the expansion of the Usana Health Sciences’ network to various parts of the world, it has become one of the leaders of nutritional health supplements and personal care products.

Today, it operates and distributes a wide range of products which are tested and approved by international health authorities that encompasses 3 major streams namely Usana vitamins, Macro-Optimizer Foods and its Sense Beautiful Science range.

In Malaysia, there all the 3 range of products are available which are developed for the well-being and health of its customers, all of which are clinically and laboratory tested and proven to bring the best health benefits to its customers.

Essentially, the Usana Nutritionals range are products which are supplements with health benefits. They include products like the very popular Essentials: AO Pro + Chelated Mineral which was developed with more than 40 comprehensive nutrients, the Proflavanol, Proflavanol C, Poly C, BiOmega-3, the CoQuinone, Visionex and many more.

The Sense Beautiful Science range of products is essentially Usana’s offering for personal care for the consumer. There is a wide range of products under the personal care range which include the likes of the Gentle Daily Cleanser, Sense Hydrating Toner, the Daytime Protective Emulsion, Perfecting Essence and many others all of which are clinically tested and proven to ensure the best possible care for its consumer.

Meanwhile, the Usana Macro-Optimizers are basically its range of products which helps in the general well-being and dietary efforts of its consumers. This is where there are products like the Nutrimeal which is known for its slimming elements.

The Nutrimeal is basically a meal replacement drink which is balanced and complete while other products in this range include the advanced fiber drink mix Fibergy, ‘Fiber in the Diet’, ‘Fiber Drink Mix’ and many others.

With experience in this sector for more than 15 years, the benefits and goodness of Usana Health Sciences products have been well-received and recognized by international athletes and people.

Among some of the achievements include having 39 Usana athletes competing at the 2006 Torino Games of which the team won 15 medals and finishing seventh in the overalls standings.

In Malaysia, Usana Health Sciences is registered under UHS Essential Health (M) Sdn Bhd where its headquarters is located at Menara Axis in Petaling Jaya, which is easily accessible along the Federal Highway.

Join the Healthy and Rich Family!
We know all the tricks to retire young